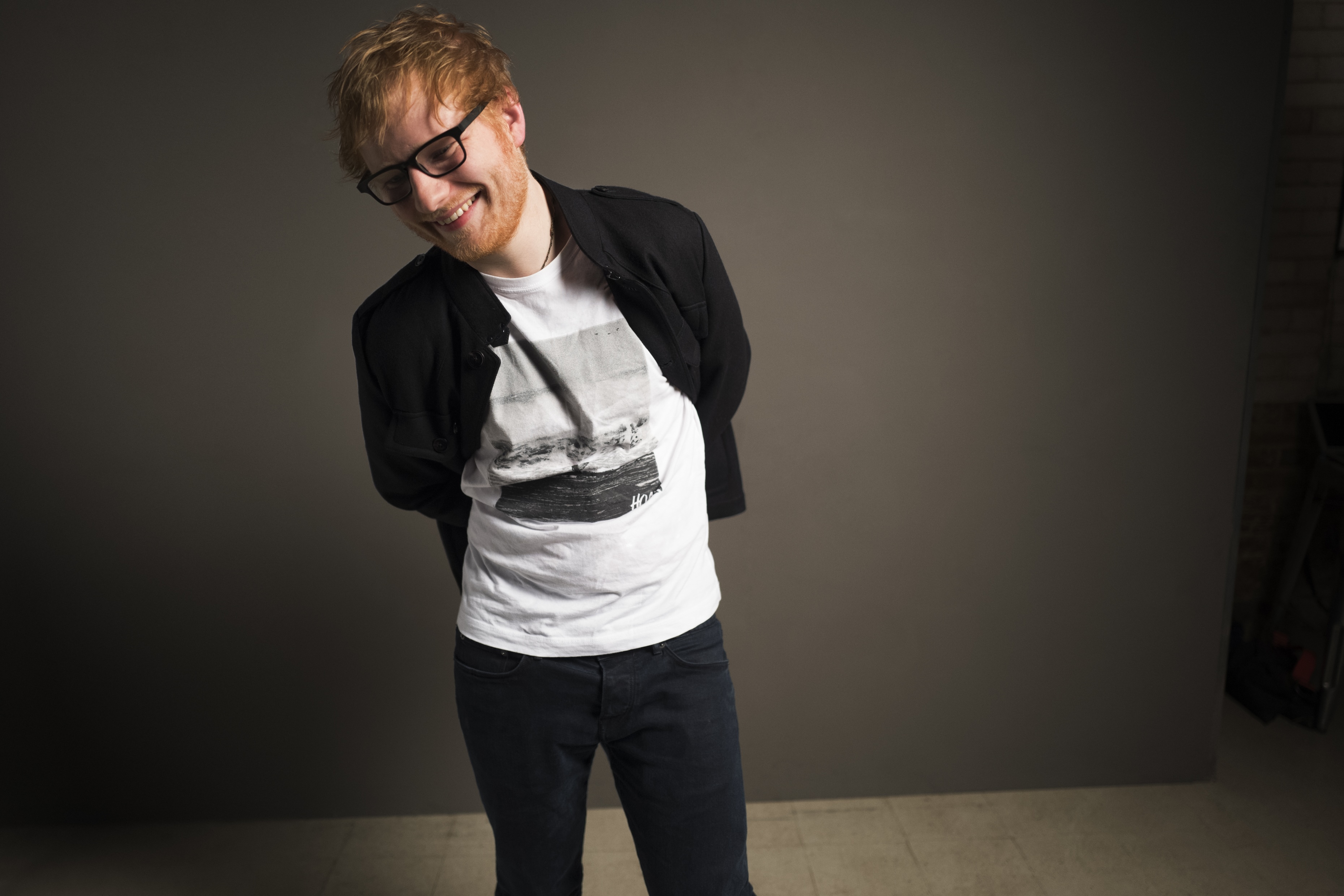 After two and a half years of no new music and a year-long hiatus from all social media, the Ed Sheeran drought has finally ended. On Friday, January 6th, Sheeran dropped two singles from his long-awaited new album, Divide (Sheeran fans will note that this follows his albums Plus and Multiply, so it would be safe to expect Subtract next). The British singer-songwriter showed his diversity in genre on Multiply, contrary to his trend of slower guitar ballads on early albums, and his new releases follow that same trend. The two singles, “Castle on the Hill” and “Shape of You,” have completely different sounds, yet both are stamped with a classic Sheeran vibe.

“Castle on the Hill” is an upbeat, guitar-heavy ballad about Sheeran’s childhood on the countryside and his desire to return to home. Sheeran’s lyrical storytelling abilities shine, as he chronicles specific experiences he had at various ages. The song’s nature makes it a perfect contender for any movie trailer in 2017 in my eyes — it fits perfectly for any story about coming home or going on a journey. The bridge is my favorite part, in which Sheeran lists the various people he recalls from back home, who all have vastly different experiences. Although not all the descriptions are positive, in the end Sheeran sums up the feelings we all share about familiar faces when he sings, “but these people raised me and I can’t wait to go home.”

The sound of “Shape of You” more closely mimics “Don’t” and “Sing” off Multiply, with an electronic beat throughout the track. Sheeran tells a vastly different story in “Shape of You,” in which he recounts courting a girl and complimenting her body, as he repeats, “I’m in love with your body, I’m in love with the shape of you” in the chorus. As a nod to older songs like “Give Me Love,” which include massive bridge builds sometimes spanning over two minutes, the bridge starts with an isolated phrase, then quickly layers harmonies over the same phrase (which means live, we know Sheeran’s classic loop pedal will be making an appearance). With over 76 million plays generated in just a week in a half, the track is sitting on the top of many charts and will only continue to grow in popularity.

Sheeran did not disappoint after such a long wait. Both singles show a development in sound and style from Multiply, while still maintaining the classic qualities of an Ed Sheeran song. Fans are incredibly happy with the releases, and are eagerly awaiting more after a long streak of patience. Hopefully, we can expect more singles in the coming months before he finally drops the highly anticipated Divide on March 3rd.