On Friday night, The Foundry at The Fillmore was packed to the brim for a sold-out show by The Griswolds, an indie-rock band from Australia. After an invigorating opening set by DREAMERS, the audience was buzzing with energy waiting for The Griswolds to take the stage, especially including those in the front row who had been waiting outside the venue since the early morning to see the band.

Kicking off their set with “Role Models” off their new album High Times for Low Lives, The Griswolds immediately drew in the crowd. By the second song, “16 Years,” lead singer Chris Whitehall already had the whole crowd singing along so loudly that you could feel the entire room shake. While the band definitely drew larger and more positive reactions to their songs off Be Impressive (granted, it has been out for 10 times as long as High Times for Low Lives), there were always a good chunk of crowd members who were screaming every single word.

The band, comprised of Whitehall, guitarist/keyboardist Daniel Duque-Perez, bassist Tim John, and drummer Lachlan West, rocked out through their set, keeping everyone spirited through a fairly long set. Whitehall climbed into the audience on various songs, at some points physically standing on top of the crowd and grabbing the hands of those below him. As is tradition at their shows, they had the audience sing “Happy Birthday” to their drummer, West, even though it was not his birthday (most people in the audience were tricked, but those who had seen more than one The Griswolds show knew the name of the game). 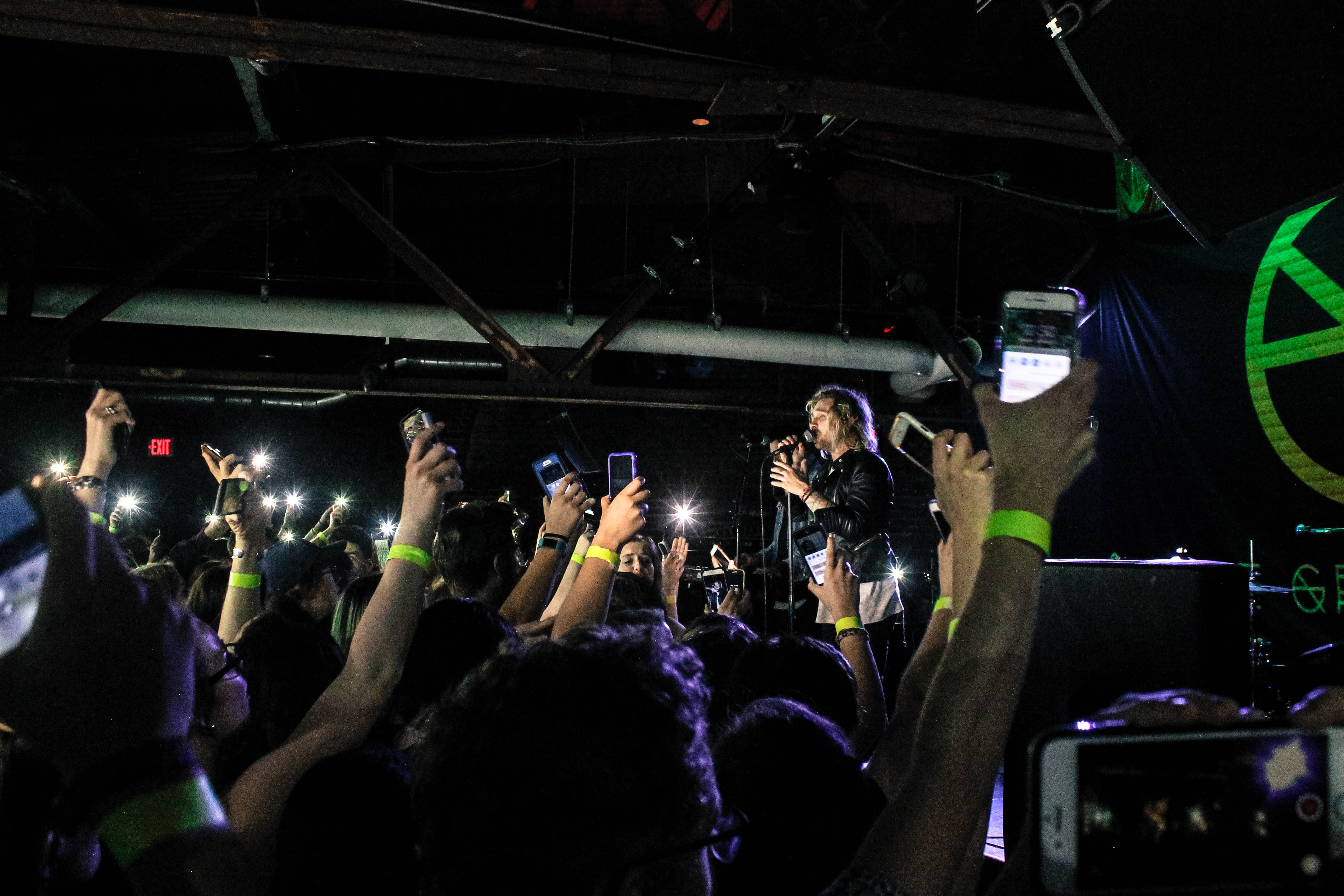 One of the most stunning moments of the show came when Whitehall and Duque-Perez returned on stage for the encore, giving a sermon of sorts before launching into a stripped down version of “High Times for Low Lives.” Whitehall directly addressed the fear that many of those in the audience may be feeling during such a tense time in American politics. Prefacing the song with saying that everyone in the room should “only feel the love tonight,” Whitehall dedicated the slower, more somber track to “the biggest fucking low-life [he] knows – D. Trump,” which was met with rousing applause from the crowd. As everyone put their phone lights up at the request of the band, there was a feeling of safeness and collectiveness between all the people in the room – an intimate moment that is rare in a room of 450 people.

Closing out their set with “Beware the Dog” and a cover of “Hey Ya” by Outkast, featuring the members of DREAMERS, the room felt like one big party. Everyone in the room was singing and clapping perfectly in time – even doing the double-clap in “Beware the Dog,” an indication of the amount of strong fans they had in the room.

On a night with so many shows happening around Philadelphia, those who chose to see The Griswolds were certainly not disappointed. The group’s consistent vivaciousness through their set kept everyone dancing all through the night, leaving everyone with their adrenaline still rushing and the chanting from “Be Impressive” stuck in their head for the next three days. If the High Times for Low Lives tour is stopping in your city, I highly recommend going out to see the show.

Setlist: Role Models, 16 Years, Out Of My Head, Right On Track, Rufio, Feels So Right, Be Impressive, Birthday, Live This Nightmare, Down and Out, (ENCORE) High Times for Low Lives, If You Wanna Stay, Beware the Dog, Hey Ya (Cover)