Following strong sets by four other bands, Illinois-based pop-punk band Real Friends played to an energetic crowd at the Regent Theatre in Los Angeles on Friday night. From the first song of their set, the pit quickly opened up and crowdsurfers started flying over the crowd. The entire room was full of fans, who were screaming along to every single song of the set, and giving back the same vigor the band was giving to them.

One of my favorite, and likely most underrated things about the show was the staging. Arranged to mimic a living room, to pair with their The Home Inside My Head album cover, the stage was complete with a rocking chair, an old-time TV projecting what looked like home movies, picture frames, and more. The set made for a more intimate and homey feel, and strongly added to the comfortable feel of the show as a whole. 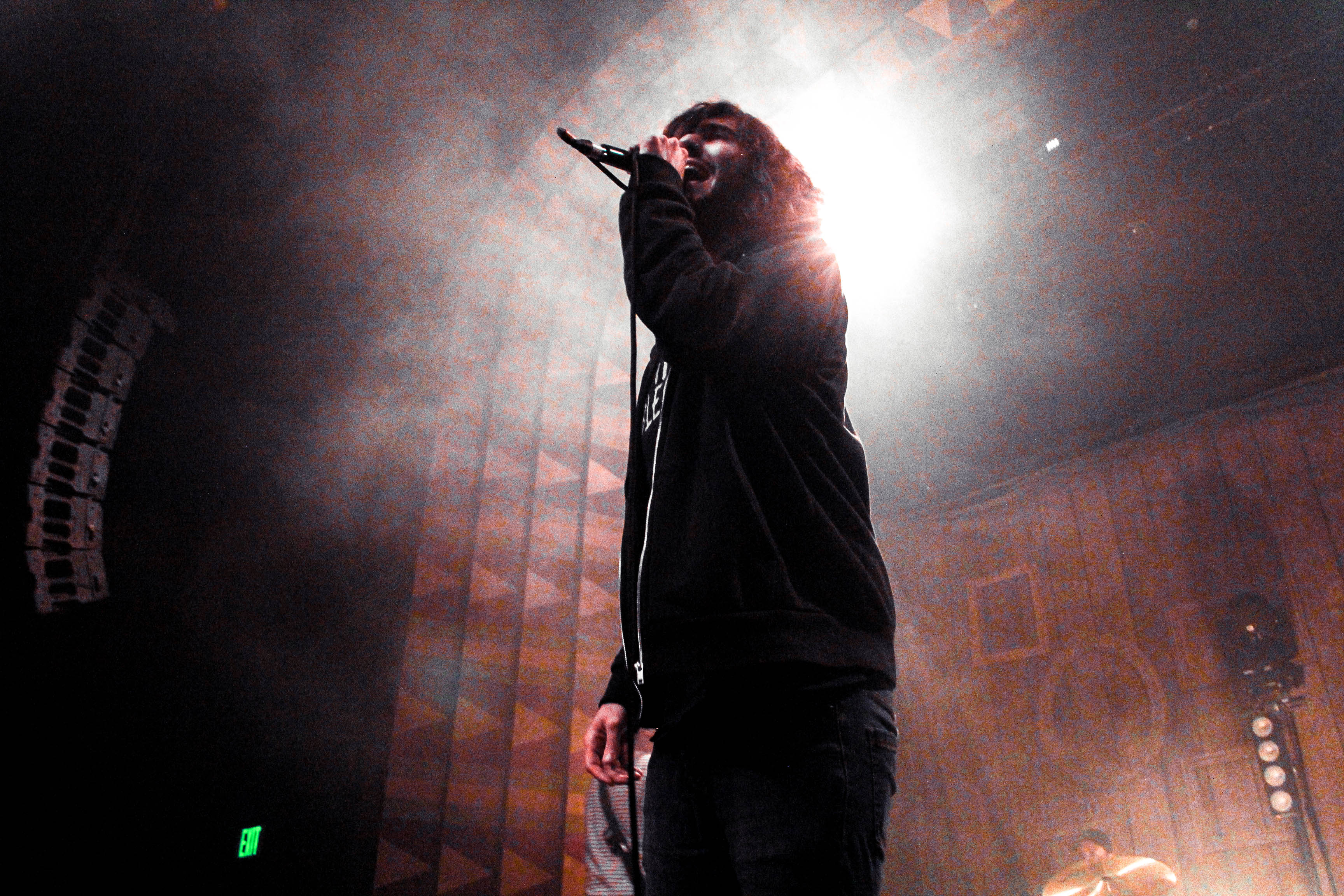 Moving from their more upbeat songs to some of their “slow jams,” as lead singer Dan Lambton called them, the show was incredibly diverse, providing something for everyone in attendance. A memorable point of the show was during “I’ve Given Up on You,” one of the band’s most popular songs, when Lambton asked everyone to put their phones away and be present in the moment. Only accompanied by guitarist David Knox on acoustic guitar, it was a magical moment, as everyone screamed along together without the distraction of technology.

Before jumping into the encore, Lambton noted that May is Mental Health Awareness Month, and urged audience members in need to seek help. Offering cards at their merch table with resources for those who needed them, the band showed their commitment to improving the mental health of their fans, and ensuring that they have options available if they choose to reach out. In a display of complete honesty and openness, Lambton revealed to the audience that he is on lithium to help with his depression, and encouraged those on medications and those considering using medications to not be ashamed, and reminded them that they have the support of the band.

All in all, Real Friends put on an amazing show which would be incredibly difficult to forget. The band still has two-thirds of their tour dates to go, so be sure to check when they come to your city here (for Philadelphians, they play the TLA on June 1st). Oh, and to the guy who pulled his hamstring from going too hard in the pit during Mess, I hope you’re doing alright.

Setlist: Empty Picture Frames / Colder Quicker / Loose Ends / Floorboards / Late Nights in My Car / Mokena / Lost Boy / Old Book / Stay in One Place / …And We’re Just Changing / Sixteen / I’ve Given Up on You / To: My Old Self / Maybe This Place is the Same… / Dead / Keep Lying To Me / Anchor Down / Mess / Summer (Encore)

Click to enter the gallery (and to view the HQ photos):