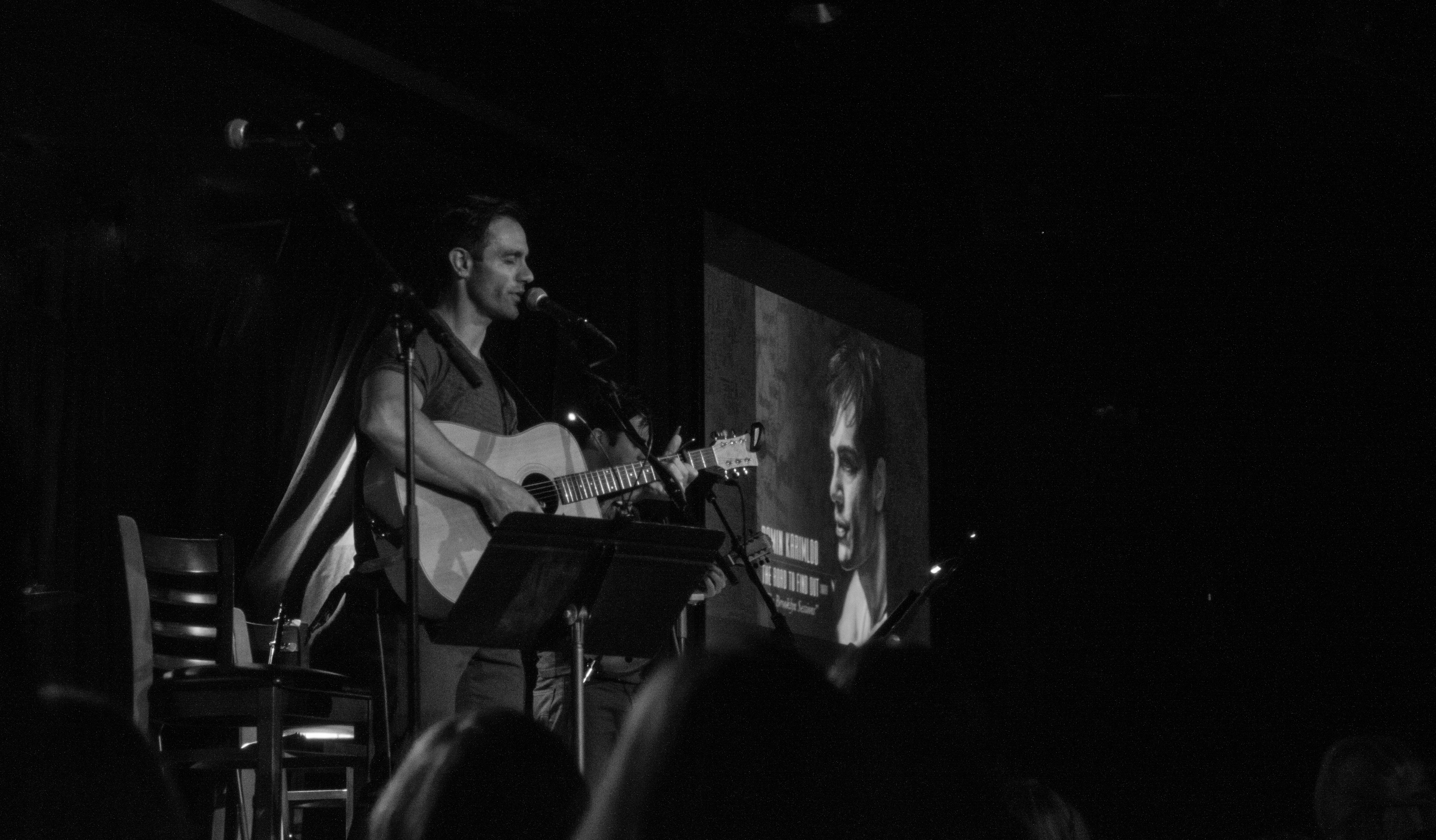 On Saturday in Times Square, a marquee on 42nd street reads “RAMIN KARIMLOO” in red letters. Lights line the bottom of the awning, beckoning to tourists and New Yorkers alike who flock to the BB King Blues Club, excitedly snapping photos of the sign.

Ramin Karimloo, a theater superstar, will be performing a solo show tonight, an eclectic mix of Broadway favorites and bluegrass originals dubbed “broadgrass” by Karimloo himself. Tables crammed in front of the stage fill quickly, and booths around the side of the stage are full as people file in until all seats are filled. Most here are part of Karimloo’s rabid fan base, one he amassed by virtue of his incredible theater resume that includes being handpicked as the Phantom by Andrew Lloyd Weber himself and performing as Jean Valjean on both the West End and Broadway. Of course, his good looks don’t hurt – dark Persian features, dimples, a warm smile, and a six pack that would make most bodybuilders drool (he sees a hardened body as a crucial element for an accurate portrayal of Valjean, due to the character’s years spent in prison). 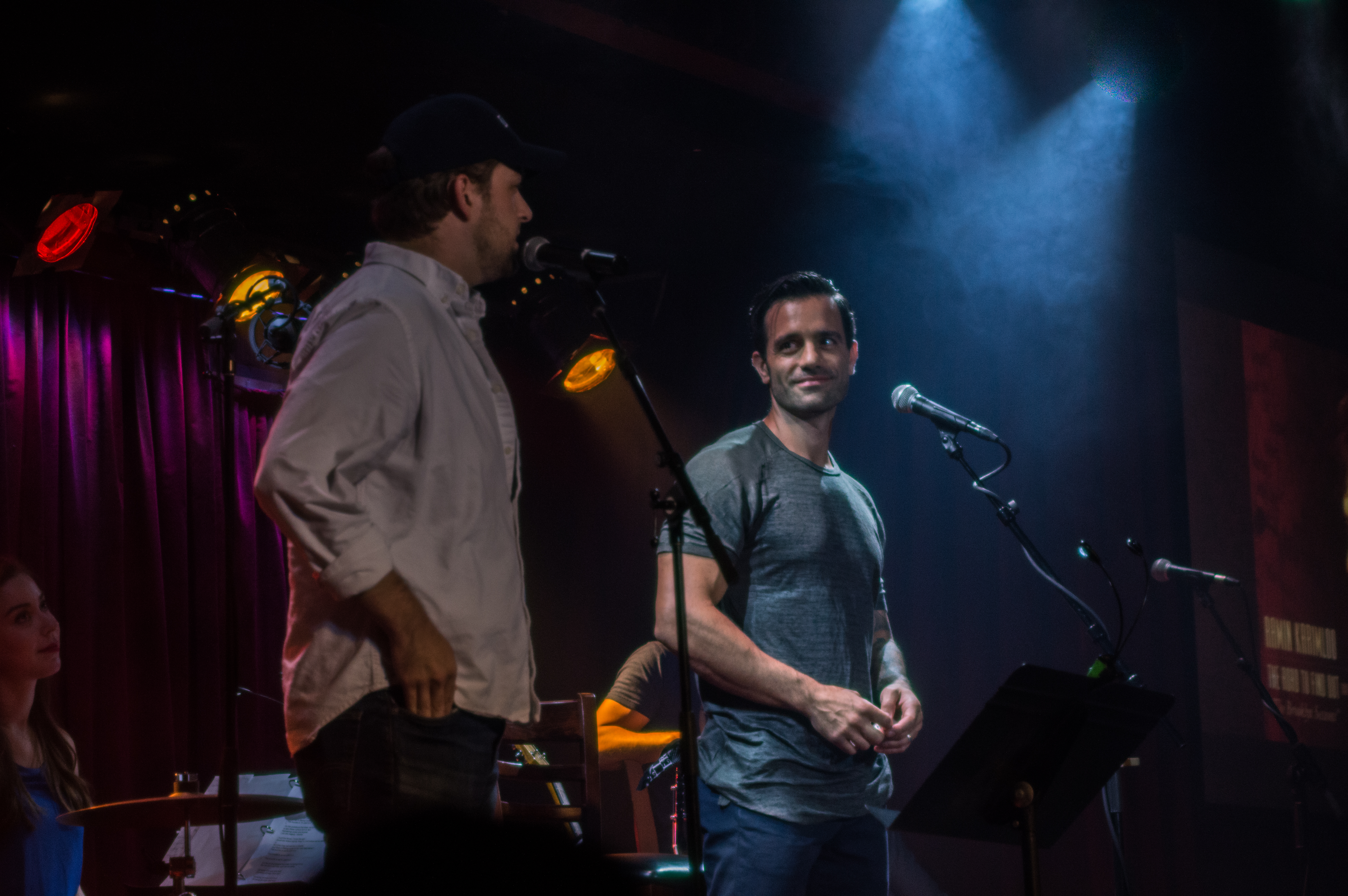 The opener is a budding musician who once messaged Karimloo on Twitter begging for an opening slot – a testament to Karimloo’s goodwill and fine-tuned sense of gratitude to the world for his own success. They sing a brief duet, the first taste of Karimloo’s vocals for the night, and the audience melts into their seats. Karimloo is a bari-tenor, a portmanteau of both baritone and tenor, meaning he can sing in virtually any range and still maintain the resonance and dimension expected of a natural for either part.

Attractive and effusive, Karimloo takes the stage for his set, taking the time to make friendly conversation with fans in the audience. Some die-hards have followed him around the country, while another fan has a birthday and Karimloo asks for a piece of the cake. After a girl sneezes, he directs his attention to her to exercise common courtesy (“bless you”) and she becomes so flustered trying to thank him that only gibberish words come out. Karimloo was born in Iran but raised in Ontario, Canada, though he still seems to think of himself as British from his time performing on the West End, judging by a self-deprecating crack about Brexit.

His set is a mixture of his bluegrass originals, covers, and of course, the Broadway covers that the audience anticipates with bated breath. A collective sigh of relief follows the first few notes of “Bring Him Home” from Les Mis, self-accompanied on the banjo. The sustained falsetto notes of the hopeful ballad seem to hang in the air for hours, an exquisiteness of pitch and emotion. “Edelweiss” follows, and then after two more songs he leaves the stage. Karimloo seems like a man who has never disappointed anyone in his entire life (besides maybe his wife’s previous suitors) and he doesn’t disappoint tonight, coming out for an encore of “Old Man River” (“I’ve always wanted to play this part but for obvious reasons never will”) and “Music of the Night” from Phantom (another crowd favorite) before taking on a more reflective tone with “Will the Circle Be Unbroken” followed by a second surprise encore of “Wars”. “Wars” is performed a cappella, leaving no barriers between our ears and the naked richness of Karimloo’s voice.