Opening for Glass Animals on a Monday night, Pumarosa gives an absorbing set that deserves more full attention that it probably gets as people trickle in to the 2,500 capacity space. But the crowd that came in time to catch Pumarosa becomes increasingly mobile as singer and guitarist Isabel Munoz-Newsome sways and whirls as they mirror her gelatinous dance moves.

The London five-piece assembled over the course of 2015, with Isabel meeting drummer Nick to form a punk duo before adopting Henry, Tomoya and Neville. They began rehearsing in an abandoned cinema in Italy where they took up residency. Last September, their debut single “Priestess” was released via Chess Club and Mom + Pop. Self-characterized in their Facebook description as “industrial spiritual,” the tensions between the city and nature and the mind and reality are captured in their debut EP released in July. It features “Priestess”, two other singles, and a demo. 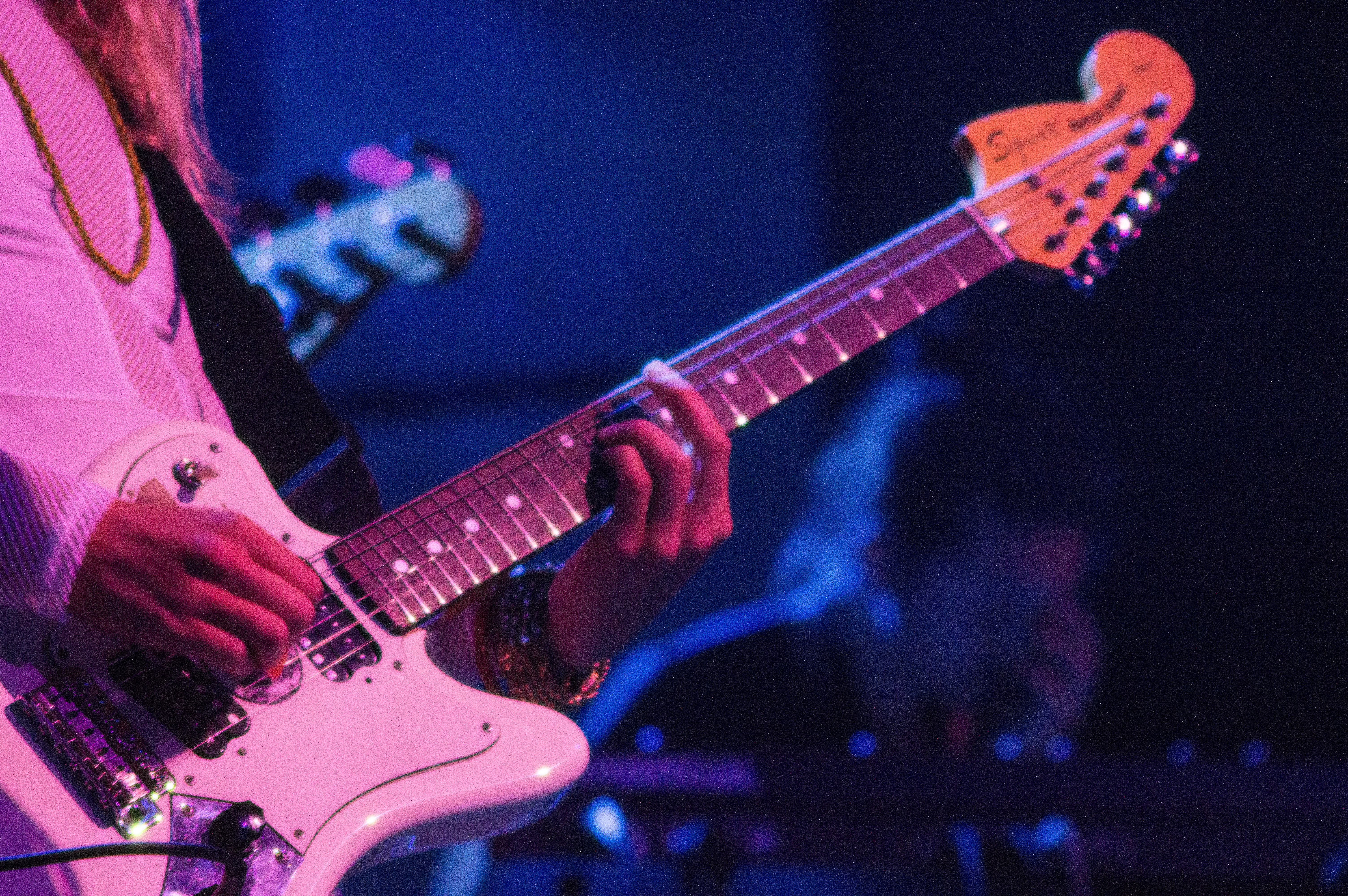 Isabel wears a flowing white skirt which snakes and billows appealingly as she circles and waves her hands and arms, suggestive of a ritualistic or tribal dance. During a new song titled “The Witch,” Isabel jerks and pulls her limbs about abruptly as she sings. Physical movement seems to be an important element of Pumarosa’s art, especially given the music video for “Priestess” which features Isabel’s sister, Fernanda, a professional choreographer who is responsible for the video. She joins Isabel as both dance with little else offering visual distraction. “Lion’s Den” is another highlight of the live set, an unreleased track bursting with melancholy and grounded by a willful but gentle pounding chord progression on the keyboard. “Priestess” finishes off the set in its nearly 8-minute entirety, the echoing chorus (“you dance, you dance, you dance, you dance”) entrancing listeners to obey.

Tagged as: concert, philadelphia, the fillmore